Evolutionary Impacts of Urban Stressors on a Marine Invertebrate Species

EDCs such as alkylphenols and Bisphenol A (BPA) appear in many household products and are often found in high concentrations in urban waterways(Maruya et al., 2014).  Exposure to these toxins have been found to result in developmental abnormalities in S. purpuratus larvae, potentially affecting population dynamics. However, we do not know how tolerance or susceptibility to EDCs might vary among populations with different levels of exposure. In my first chapter I will build a baseline of exposure effects to identify developmental and transcriptomic shifts. In my second chapter I will delve into the role of historical exposure of EDCs, implementing a split-brood design to assess the developmental variation in urchins from both urban and non-urban environments.

A charismatic pluteus larvae swimming around

Looking at urchin larvae under the scope!

2. How does the urban environment as a whole affect evolution in urban marine invertebrate populations? 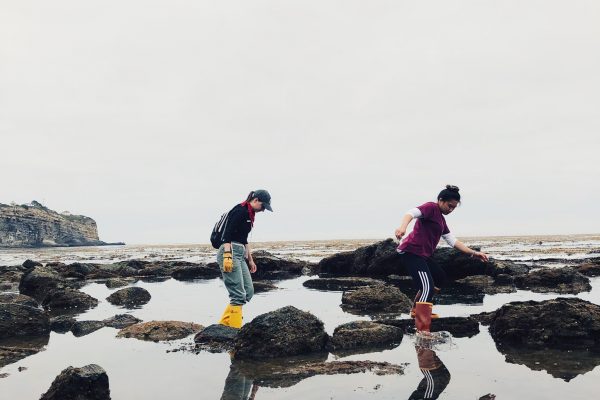 Exploring tidepools at a 5:30am low tide with Mackenzie Kawahara. 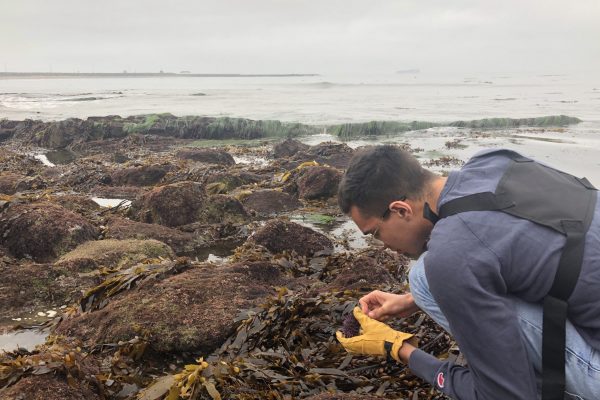 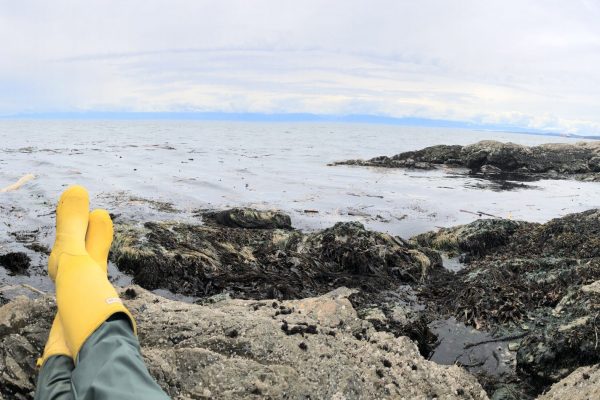 Taking a break after the last urchin collection in Macaulay Point, B.C.